The selection of your animal model for toxicity and carcinogenicity testing plays an essential role in the accuracy of your study findings. Our researchers recently completed a two-year study of 130 male and 130 female Envigo RccHan®:WIST (Wistar Han®) rats and compared them to other outbred rats (e.g., Sprague-Dawley®, Fischer 344). Here, we share the results of the study.

The results provided insights on how Wistar Han provided numerous advantages, such as smaller body size, higher rates of survival and lower tumor/lesion incidence, as compared to CRL:CD®(SD) (CD) rat models that were the subjects of a previous two-year study. 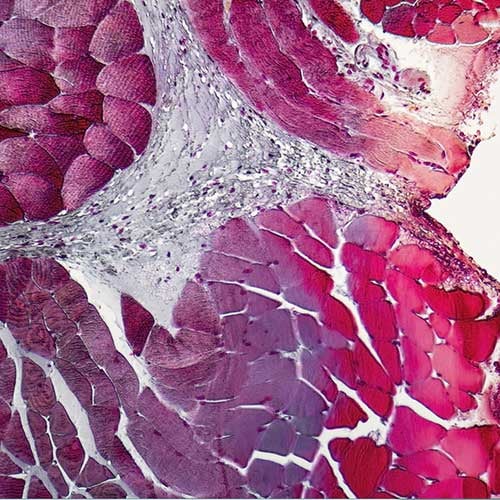 In the Wistar Han study, rats were provided ad libitum access to one of Envigo Teklad’s standard Global diets (consisting of 16% protein, 4 %fat), and water. Rats were also dosed once weekly via oral gavage with deionized water at a volume of 10 mL/kg body weight. The Wistar Han rats were housed two per cage under standard conditions in accordance with USDA Animal Welfare guidelines. Researchers examined the rats twice daily to confirm food and water was available and to check for morbidity, mortality and/or injury. Interim necropsies of 20 rats per gender were performed at one, three and six months, respectively, with the final necropsy of 70 rats of each gender at 24 months. Macroscopic and microscopic examinations were performed on all animals. The study confirmed that the Wistar Han rat is a reliable model for toxicity and carcinogenicity studies.

Body weight is a key component of chronic toxicity and carcinogenicity studies due to the lengthy duration of these studies. If the rats’ body weights increase, study costs can go up due to increased use of compound and the need for more cages to accommodate the larger rats. Associated costs of animal care can also increase. Compared to the CD, the Wistar Han rats had a lower body weight through the course of the study. For instance, male Wistar Han body weights were at least 20% lower than the weights of CD rats through the 104 week mark. In female Wistar Han rats, the body weights were even lower – about 30% lower than the CD female weights at 104 weeks.

With the higher survival rate of the Wistar Han rat, fewer animals need to be used, which translates into lower costs. This also supports the principles of the 3Rs – replacement, reduction and refinement.

In carcinogenicity studies, the less background lesions, the better. In the Wistar Han rat study, 31 males presented with 34 total palpable masses, while 46 females presented with 53 total palpable masses. The most common were ventrocaudal and ventrocranial masses (which correlate to mammary, skin/subcutis proliferations). Low background lesion incidence is particularly helpful in carcinogenicity studies, as it can lead to more sensitivity in the evaluation of test compounds. Moreover, it helps generate more reliable data given that lower background lesion incidence indicates better survivability and fewer variables.

Additional data are also available for your review

Researchers collected additional data that may prove helpful in determining whether the Wistar Han rat is the right fit for your study. The data include food consumption, organ weight, complete blood count, coagulation, cause of death (for unscheduled decedents), and serum chemistry profiles. Over twenty years of stable control data on the Wistar Han rat are also available, including urinalysis, food consumption, organ weight, and genetic, phenotypic, reproductive and development data, among other data points.

Select the right animal model for your study

With so many different rat models to choose from, it’s imperative to carefully select the best model for your study goals. The optimal animal model can help expedite the research process and improve study outcomes, while at the same time reduce cost and support the principles of the 3Rs. The Wistar Han rat has been a top choice for many leading pharmaceutical, chemical and contract research organizations due to the many advantages it offers, such as smaller body size and high rates of survival.

For more information about the recent Wistar Han study, please refer to our model study data. If you’d like to consult with our experts about your upcoming study needs, please contact us.