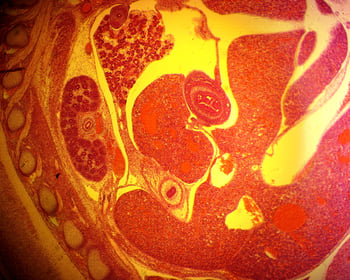 A new study using Hsd:Sprague Dawley® SD® rats confirms the use of this strain as a valuable toxicology model. Over the years, this strain has been used in many fields such as reproductive endocrinology, toxicology, oncology, cardiology and neuroscience.

To generate historical control data, one hundred previously nulliparous and virgin time-mated female Hsd:Sprague Dawley® SD® rats were received at gestational day 4. They were provided standard housing and husbandry with 12:12 light cycle, a relative humidity range of 30 to 70% and a target temperature range of 20 to 26 degrees Celsius. Access to water was provided ad libitum and Certified Rodent Diet 2018C (Envigo Teklad) with 18% protein and 6% fat was used as the feed. The pregnant rats were housed in solid-bottom cages with nonaromatic bedding and enrichment. They were provided tap water once daily via oral gavage from gestational day 6 to 17, at a volume of 10 mL/kg body weight.

Researchers examined the rats twice daily for morbidity, mortality and/or injury and to confirm food and water availability. Dams were euthanized on day 20 and received a macroscopic postmortem evaluation that same day. The fetuses were removed, weighed (live fetuses only), and examined internally for defects, soft tissue or skeletal abnormalities and state of ossification. Researchers examined and weighed the placentas and the fetuses were euthanized.

Of the 100 dams, all were confirmed to be pregnant and all had viable fetuses. The mean gravid uterine weight was 23.2% of maternal body weight at necropsy.

Out of 1488 fetuses, only two fetuses exhibited external abnormalities, which were cleft palate in one fetus and anasarca in the other.

In 66.5% of fetuses (464 out of 698), visceral abnormalities were not present. These abnormalities included enlarged heart in one fetus and an interrupted aortic arch in two fetuses from two litters. Of the latter, one of these fetuses also had a small membranous ventricular septal defect.

Minor visceral findings common in this strain were also observed, such as fleshy tab tail in 24 fetuses from 14 litters. These findings were comparable with internal and published historical control data.

358 of 790 fetuses lacked skeletal abnormalities. The only major skeletal abnormality was one fetus with a cleft palate. (A second cleft palate was also observed during the external evaluation phase in a fetus that was subsequently assigned to be viscerally examined). Minor skeletal findings were also observed which were either common in this strain and/or were comparable with internal published historical control data.

Fetal incidence of ossification was 0.57% (8 out of 1407 fetuses) and litter incidence was 4% (4 out of 100). Ossification of the palatine bone in some of the affected fetuses appeared to be developmentally delayed, which would likely have resolved itself in the next few days of development. However, further studies may be necessary to resolve this issue.

The Hsd:Sprague Dawley® SD® study confirms the use of this strain in reproductive toxicology studies and will help researchers interpret lesion data in future studies. This data will also help researchers discern whether findings are spontaneous or compound-related.

Given the wide variety of animal models available, it can be challenging to select the right model. For more information about this study, please refer to our model study data.